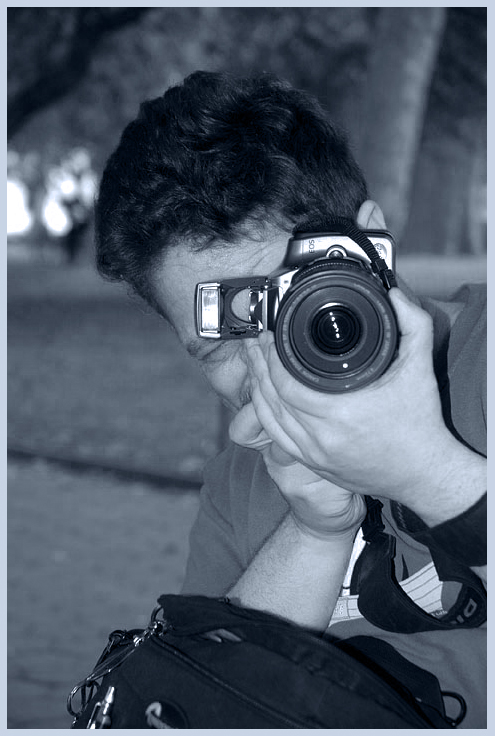 The main division of people is determined in B&H Photo Video store. People divide into Canon-ists and Nikon-ers.

Of course I'm joking, but, as people say, "In every joke there is a grain of truth"... I'm a Canon-ist but I also have a "small" pocket Nikon. My Main Camera is Canon 7D. I also have Nikon Coolpix 5100.

My first 10 dollar (in the exchange rate/course of 1980) camera was small Russian "thing" with manual film remote and nail size lenses with manual focus (no mirror, no distance meter). Believe me - that was a miracle for me.
Afterward I had two ZENITH cameras. They were nice and had beautiful lenses, but in USA they did not have a good enough shutter speed for bright New York sky... and I bought my first Canon Rebel (a film camera).
Next was my first digital Olympus with only 1.8 megapixels, but with very nice lenses. My first personal exhibition at 2004 completely consisted of pictures made by this beautiful little "thing".
But the next one and the current one are Canon. I like Canon plastic and softness, but... I think that it is enough about cameras. It will be better to leave words for my poems. But ... my poems are all in Russian (except the only one at my website with my spherical panoramas, http://planetarium.synnegoria.com)... I'm joking again.
And seriously, I just want say a few words about my lenses. Now I am working with Tokina 12-24, Tamron 28-70, Canon EF 75-300 IS and Canon 50 (Fix). Because I like Panoramic Photos, Tokina sits on my (Cannon) body rather more often than other "fellows", but - about "Styles" and "Genres" in the corresponding parts of the MENU.